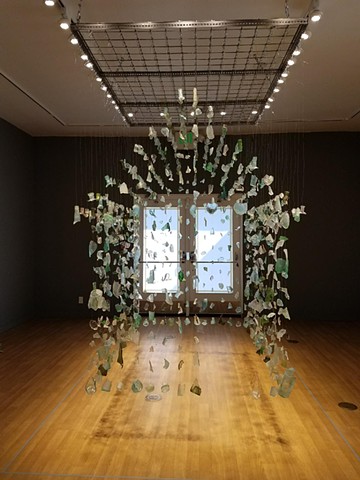 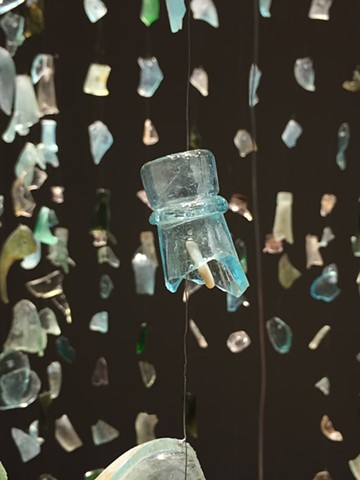 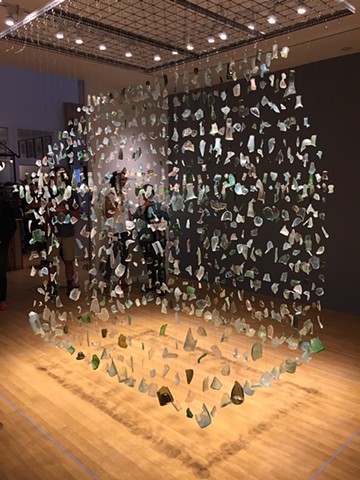 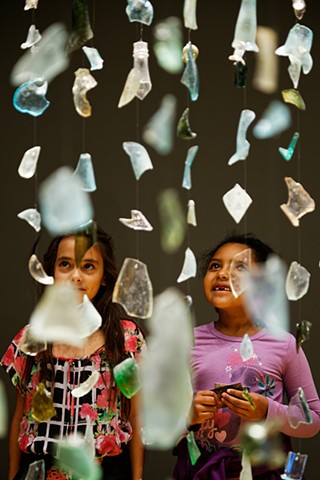 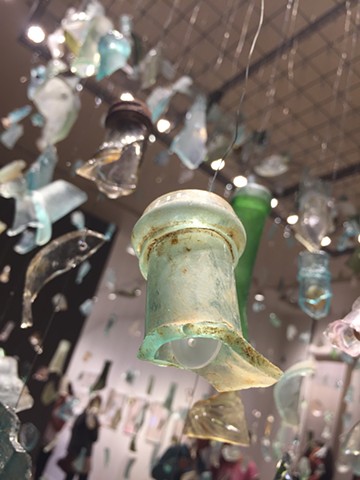 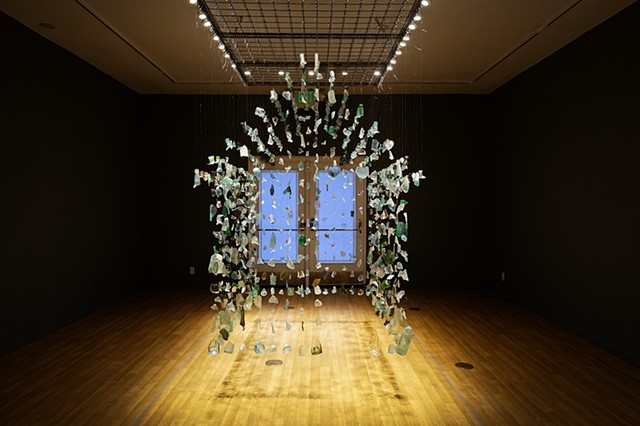 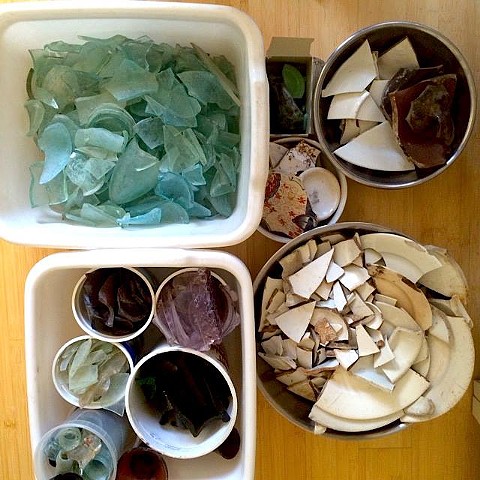 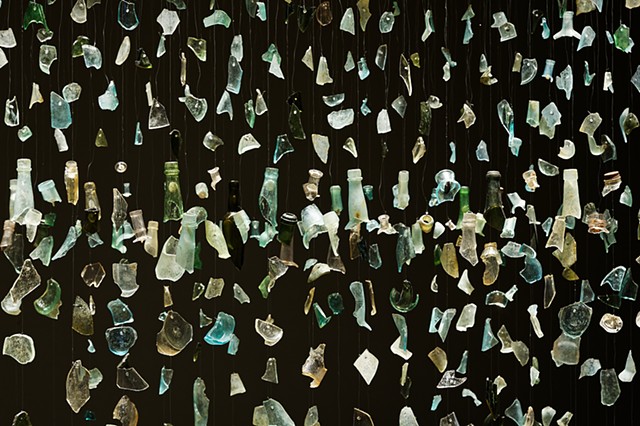 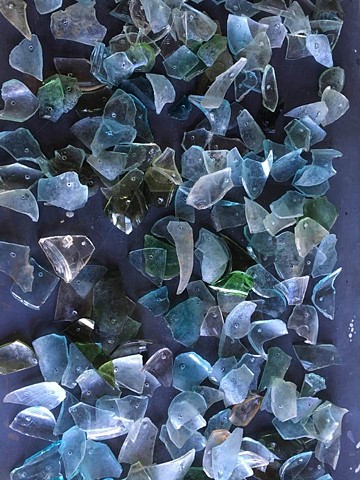 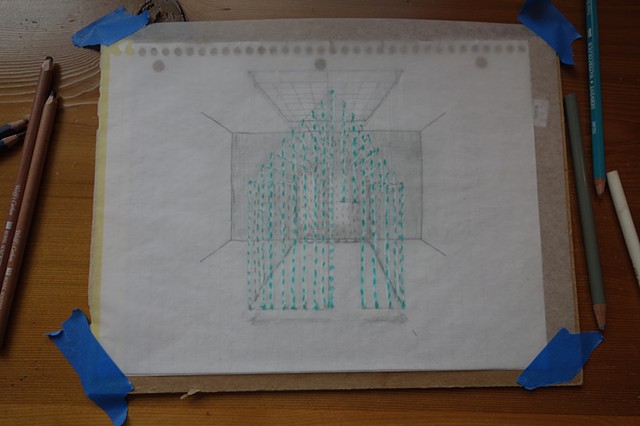 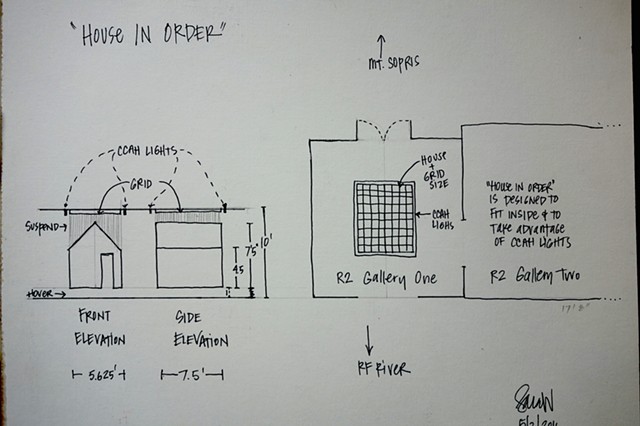 HOMECOMING // 2017 The story began about a year and a half ago on overland walks with our dog. Tramping a meadow near our home, I began to notice bits of glass and pottery on the ground. Shards lay glimmering in the dirt between the decaying vegetation of October. They piqued my curiosity; I picked them up and carried them home — as many as I could before the snow fell.

Though I didn’t know it then, the project would dig into both the history of our community and the zeitgeist of our time: throwaway culture. These bits of glass and ironstone, which turned out to date back to the mining era, were the plastic of their day.

My art studio began to fill with the colors of sea glass — milky white, aqueous blue-green, Kelly green, amber, lavender, the rare cobalt — and I couldn’t help but wonder: from where did this glass come, and from whom? Archivists at the Aspen Historical Society hypothesized that my stomping grounds were likely the old dumping grounds of a former ranch, pre-dating the valley's municipal dumps. A long-timer walked the land with me, telling the story of the family who came before his, and showed me a vertiginous pitch where others had tossed their domestic waste. With a climbing rope anchored to a tree above, I could safely descend into the cliffy area and haul out my finds.

The pieces of glass began to take shape in my imagination in the form of a miner’s shack, pieced together from the former household waste. Later, the AHS archivist sent me a photo of the original home that had occupied the land I had been “mining” for glass, and it looked eerily like the simple abode I had in my head.

When I’m making things, it’s an intuitive process rather than an intellectual one. I try to follow the flow of ideas. Sometimes meaning comes into focus later. With this installation — a resurrected house I call “Homecoming” — I’m able to wrestle with big questions I have about the ways we are trashing our home. Why do we discard things that will outlast us? What does “away” mean? Can I put this house back in order? Will we?